Counseling for Individuals, Couples, and Families

Pain and loss are a part of life.  But sometimes they come in waves that resemble tsunami’s and ways of coping are stretched to the breaking point.  Stress can errode our confidence in our selves and in our relationships to the point that we feel like shutting down.   Often it is not our inability to cope with what life brings us that causes distress;  sometimes it is the number of stressful events that can literally make us sick.

There is hope.  I believe we can make choices about our lives.  You may be ready to make some changes in your life.   You have found this page on the internet and may be ready to talk to a counselor in a safe, confidential and non-judgemental place.
If so, I’ll be glad to see you.  The pages on the left of this page will tell you about my orientation to counseling, what you can expect, how long counseling lasts, how much it costs and where I am located.
If you would like to schedule a time for us to talk, please use the appointment link below.  I look forward to seeing you.
Click on  forms here or the link on the left if this is our first visit and download the “Beginning Counseling Form”.  Filling it out prior to our visit will save us time. 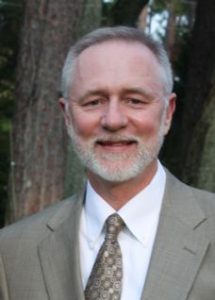 Stewart is an ordained Elder in the United Methodist Church who now holds the retired status. For eight years he served in the parish in North Georgia and then came to Birmingham-Southern College as the College Chaplain in 1979. In 1982 he was additionally assigned to direct the College’s Counseling Center. He directed the college’s service-learning program from 1984 to 2004 and his work in service-learning has recently been endowed as a part of the curriculum. He has traveled and led service groups around the state, nation and world especially in Zimbabwe, Mozambique, Brazil, Calcutta, Honduras, Bolivia, Johns Island, Vieques, and San Francisco. In 2000 he became the Dean of the Chapel and Clinical Director of the Counseling Center at Birmingham-Southern and began working one day a week with United Methodist Pastoral Care and Counseling as a therapist and seminar leader. He retired from the college in July 2007 and now works full-time as a Pastoral Family Therapist in private practice.

Stewart is a Clinical Fellow of the American Association of Marriage and Family Therapists and a licensed Marriage and Family therapist. He has done post-doctoral study in Marriage and Family therapy with Drs. Michael Kerr, Ed Friedman, and Peter Steinke. He was awarded a Sabbath Leave Grant by the Center for Pastoral Excellence in 2008. In 2008-09 he was a post-doctoral student in family systems theory at the Bowen Family Center in Washington DC. For the past 12 years he has co-led and led Seminars for clergy and church professionals in Family Systems Theory.   He has been a retreat and seminar leader for over 150 churches and organizations. He currently is focusing on Marriage Enrichment, Family Life, and Healthy Relationship workshops and retreats.

Stewart’s book, Quiet Thoughts for an Anxious Time: Talks in a College Chapel collects some of his talks to students and was published in December 2009.

Stewart is married to Robin Jackson who is an artist and art teacher.
They are the parents of three adult children and grandparents to seven. 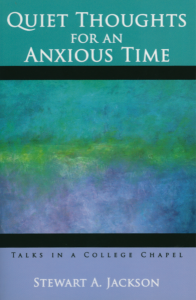 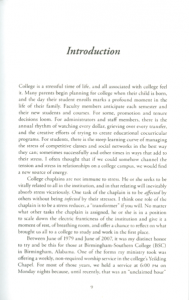 Stewart Jackson’s book reflecting his work in college counseling. To order a copy please use my contact form